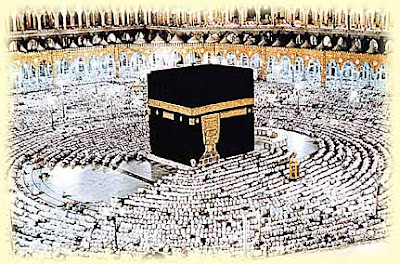 DEFINITION
The word Dhul-Hijjah means the month of pilgrimage and this is the last of the sacred months in which fighting was forbidden.

The first ten days of Dhul-Hijjah are the most virtuous days in this month, with Hajj, the fifth pillar of Islam being performed in this sacred month. Abu Haraira (RA) reported from the Holy Prophet (SAW)

“Amongst all days there are none better to engage in sole worship of Allah than in the ten days of Zul-Hijjah, To observe a fast on any of these days is equivalent to fasting throughout the year, to actively engage in prayer and worship throughout any of these nights holds such rewarding values leveling with the "night of power (Laylatul-Qadr).” [Tirmidh]

It has been stated in the Holy Qur'an,

“By the dawn; By the ten nights (ie. the first ten days of the month of dhul-Hijjah), and by the even and the odd (of all the creations of Allah) and by night when it departs. There is indeed in them (the above oaths) sufficient proofs for men of understanding (and that they should avoid all kinds of sins and disbelief).” (Al-Fajr 89:1-5)

Abu Qataadah (RA) reported in a part narration from the Holy Prophet (SAW) concerning the fast observed on this day,

“I have full confidence in Allah for the one who observes a fast on the day of Arafat that his previous year's sins and the proceeding year's sins are forgiven.” [Muslim]

Abu Dawud narrated that one of the wives of the Prophet (SAW) said Allah’s Messenger (SAW) used to fast the (first) nine days of Dhul-Hijjah, the day of Aashura, and three days of each month.

Eid-ul-Adha is celebrated on the 10th of the month of Dhu-Hijjah and continues till the 13th day. This celebration is observed to commemorate the willingness of Prophet Ibrahim (AS) when he was asked to sacrifice his own son Prophet Ishma’iI (AS). Ibrahim showed his readiness and Allah (SWT) was very pleased with him, and a lamb was sacrificed in place of his son on Allah’s (SWT) command. The Holy Qur’an gives the following account of Prophet Ibrahim’s (AS) act of sacrifice,

“(Ibrahim prayed:) My Lord, grant me a doer of good deeds. So We gave him the good news of a forbearing son. But when he became of age to work with him, he said: O my son, I have seen in a dream that I should sacrifice you; so consider what is your view. He said: O my father, do as you are commanded; if Allah pleases you will find me patient. So when they had both submitted and he had thrown him down upon his forehead, and We called out to him saying, O Abraham, you have indeed fulfilled the vision. Thus do We reward the doers of good. Surely this is a manifest trial. And We ransomed him with a great sacrifice.” (As-Saffat 37:100–107)

Muslims offer Eid salat (2 rakats) in congregation, this is obligatory on every male Muslim and can be preformed any time between ishraq and zawal. Animals are then sacrificed to seek the pleasure of Allah and demonstrate complete submission and proof of complete obedience to Allah. The meat is shared amongst poor, relatives, neighbors and friends. 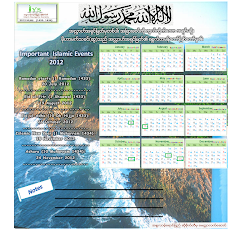 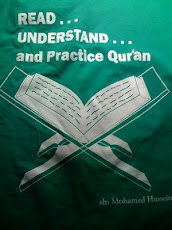